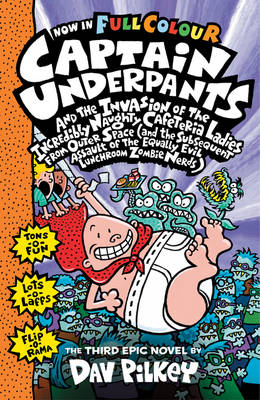 Reviews
Great for age 4-11 years
TRA-LA-LAA! The third CAPTAIN UNDERPANTS adventure, now in colour for the very first time! Harold and George's crazy creation is back - in an adventure that's WEDGIER than ever! He defeated the diabolical Dr Nappy... He terminated the terrible Talking Toilets... But is Captain Underpants ready to take on three massive, tentacled space aliens (in disguise)? And has he finally met his match in a battle with the giant man-eating Dandelion of Doom...?

This book is part of a book series called Captain Underpants .

There are 160 pages in this book. This book was published 2015 by Scholastic .

Dav Pilkey is the talented author of this hugely popular series. He created the first Captain Underpants stories as comic books when he was still at elementary school! 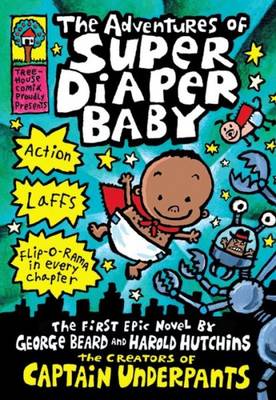 From the creator of CAPTAIN UNDERPANTS comes this fully-illustrated ...More 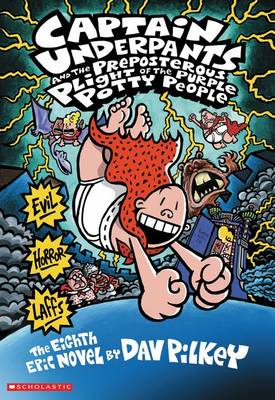 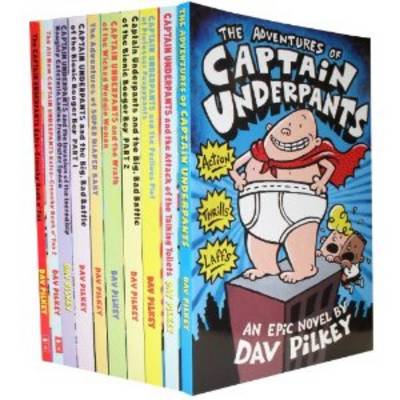 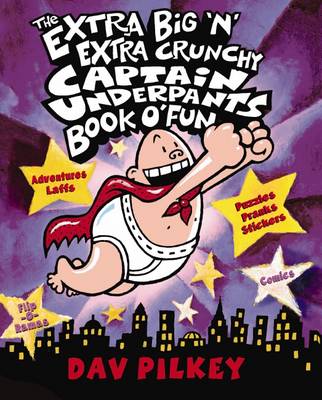 This is a bumper activity book bursting with the most disgusting jokes, per...More