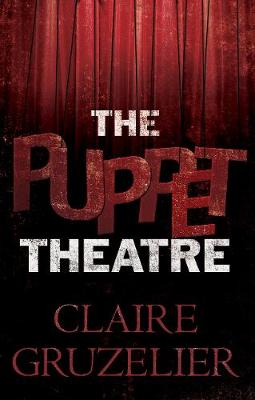 Reviews
Great for age 12-18 years
Eighteen-year-old Matthew Curtis is bored by his life of competitive over-achievement. During the May half-term before A-Levels, he is wandering around the medieval fair in Rhodes with his young half-brother, Toby, when they come across a puppet show and meet the lively Turner family who run it. Learning that the Puppet Theatre is based not far from his home town of Oxford, Matthew returns to England determined to make contact with them again. But when he arrives at the theatre in Stratford, he finds an addition to the family group: a surly-looking youth called Yianni, whom the generous Turners have rescued from utter despair and brought back with them from Rhodes. While Matthew helps out at the Puppet Theatre, first by updating the website, then as a musician and practising puppeteer, tensions simmer between the two very different young men, particularly during the summer canal boat tour when Matthew realises that seventeen-year-old Penny Turner is falling in love with Yianni. Matthew, Penny and Yianni all face life-changing choices which impact on each other and on their respective families. Will Matthew reject his offer to read Mathematics at Cambridge in favour of joining the Puppet Theatre as an apprentice? Can anything draw Penny back from London, where she is waitressing at a friend's restaurant and rapidly developing a taste for clothes shopping and late-night partying? And when the inevitable punch-up occurs between Matthew and Yianni, how can they resolve their differences and work towards more productive relations in the future?

This book has been graded for interest at 14-18 years.

There are 320 pages in this book. This book was published 2014 by Troubador Publishing .

Claire Gruzelier was born and grew up in Auckland, New Zealand. She came to England to study at Oxford, where she met her husband. Claire has previously published two books, a translation of John Milton's Defence of the People of England, for Milton: Political Writings, ed. Martin Dzelzainis (CUP 1991) and Claudian: De Raptu Proserpinae (OUP 1994). She admires the way in which puppets can be used both outside and within the theatrical realm. Claire and her husband have two daughters and they live in Birmingham, where Claire teaches Latin and Greek.