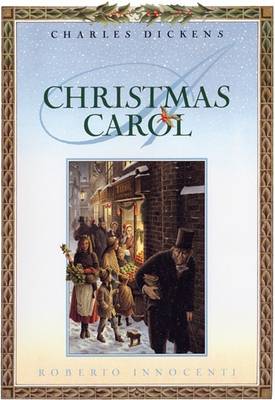 There are 152 pages in this book. This is a picture book. A picture book uses pictures and text to tell the story. The number of words varies from zero ('wordless') to around 1k over 32 pages. Picture books are typically aimed at young readers (age 3-6) but can also be aimed at older children (7+). This book was published 2003 by Creative Company, US .

Charles Dickens (1812-1870) was an English writer and social critic who is generally regarded as the greatest novelist of the Victorian period. Ruth Vander Zee (Author) Ruth was brought up in Chicago. At the age of forty, she decided to get her college degree in education and later began writing stories for children. Ruth and her husband Vern live in Miami, Florida. Roberto Innocenti (Illustrator) Roberto Innocenti was born in 1940 in Bagno a Ripoli, a small town near Florence. Never having attended art school, he went to Rome to work in an animation studio. Returning to Florence, he began designing books and illustrating film and theatre posters. He has illustrated Pinocchio, A Christmas Carol, J. Patrick Lewis's The Last Resort and Ruth Vander Zee's Erika's Story. He lives in Florence with his wife.

A Christmas Carol
Christmas And Advent in fiction