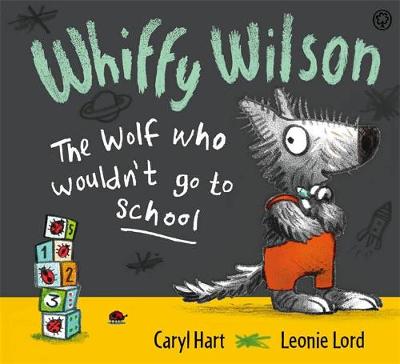 Whiffy Wilson: The Wolf who wouldn't go to school

Whiffy Wilson doesn't know how to hold a pen and has never looked in a book, but fortunately his friend Dotty is on hand to show him that school is fun. Soon, Whiffy is in his element, and when he gets a gold star for all his work he realises that school is the BEST THING EVER!

With Caryl Hart's funny story and Leonie Lord's fabulous art, schooldays have never been such fun!

This book is part of a book series called Whiffy Wilson .

There are 32 pages in this book. This is a picture book. A picture book uses pictures and text to tell the story. The number of words varies from zero ('wordless') to around 1k over 32 pages. Picture books are typically aimed at young readers (age 3-6) but can also be aimed at older children (7+). This book was published 2015 by Hachette Children's Group .

Leonie Lord studied illustration at Central St Martins College, London. Since graduating, she has produced regular editorial work for newspapers such as The Sunday Telegraph and The Guardian. Leonie is the illustrator of Whiffy Wilson by Caryl Hart and the bestselling The Dirty Great Dinosaur, also written by Martin Waddell . She lives near Cheltenham with her husband and two children. Caryl Hart is an award-winning and bestselling children's author based in Derbyshire. She writes picture books and young fiction and loves walking her dog, sitting in cafes and snuggling. Caryl runs creative literacy workshops for schools and libraries. 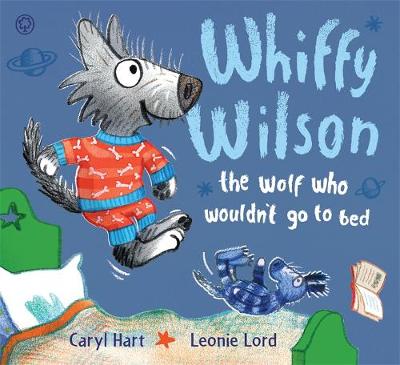 Help your child learn to love bedtimes with this funny and soothing story, ...More