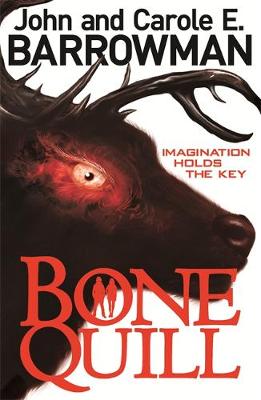 Reviews
12-year-old twins Matt and Emily Calder are Animare: they can bring art to life and enter paintings at will. They must do everything in their power to prevent a breach in Hollow Earth: a supernatural place that holds all the demons, devils and creatures ever imagined. The Hollow Earth Society are getting closer to finding the key that will release the beasts: an ancient bone quill whose powers can be only be used by a powerful Animare. The quill has been lost for centuries, but important clues to its whereabouts lie somewhere on the island of Era Mina - as does the entrance to Hollow Earth itself. Matt and Em must find the quill and protect it through their drawings, through certain famous paintings and, ultimately, deep into the mists of time itself. But their lives in the relative safety of Auchinmurn Abbey are thrown into confusion with the arrival of a newcomer who threatens to ruin everything they have worked for. All too soon, Matt makes a fateful decision which forces him to make a terrible choice - save his family, or save the world?

There are 336 pages in this book. This book was published 2013 by Michael O'Mara Books Ltd .

John Barrowman has worked in TV, musical theatre and film, and stars as Captain Jack Harkness in Torchwood and Doctor Who. His sister, Carole, is an English professor. Justine Smith is the author of several Little Scholastic books, including "Alphabet," "Playtime," and "Rhyme-a-Round. "