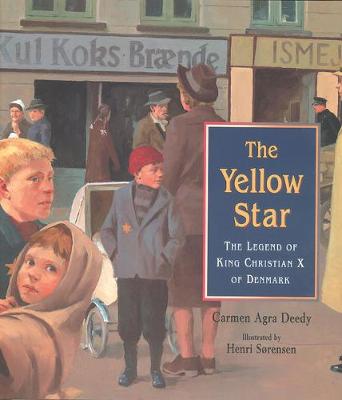 The Yellow Star: The Legend of King Christian X of Denmark

There are 32 pages in this book. This is a picture book. A picture book uses pictures and text to tell the story. The number of words varies from zero ('wordless') to around 1k over 32 pages. Picture books are typically aimed at young readers (age 3-6) but can also be aimed at older children (7+). This book was published 2000 by Peachtree Publishing Company .

Henri Sorensen is a Danish artist who has illustrated over 20 books for children, including I Love You As Much . , The Yellow Star: The Legend of King Christian X of Denmark ; and Christmas in the Trenches . His work can be found in The Very Best Children's Book Illustration, published by the Society of Illustrators. He lives in Risskov, Denmark, with his wife and two daughters.

Military And War in fiction
Prejudice And Racism in fiction