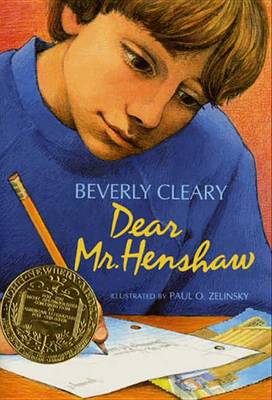 Reviews
Great for age 4-18 years
Newbery Medal Winner * Teachers Top 100 Books for Children * ALA Notable Childrens BookBeverly Clearys timeless Newbery Medal-winning book explores difficult topics like divorce, insecurity, and bullying through the thoughts and emotions of a sixth-grade boy as he writes to his favorite author, Boyd Henshaw. After his parents separate, Leigh Botts moves to a new town with his mother. Struggling to make friends and deal with his anger toward his absent father, Leigh loses himself in a class assignment in which he must write to his favorite author. When Mr. Henshaw responds, the two form an unexpected friendship that will change Leighs life forever. From the beloved author of the Henry Huggins, Ramona Quimby, and Ralph S. Mouse series comes an epistolary novel about how to navigate and heal from lifes growing pains.

There are 160 pages in this book. This book was published 2009 by HarperCollins .

Paul Zelinsky is one of America's most original and celebrated illustrators. He studied with Maurice Sendak at Yale University and it was Sendak who inspired him to pursue a career in children's books. He is best known for his internationally successful novelty title, The Wheels On the Bus, and he has won the prestigious Caldecott Medal three times. He lives in New York with his wife and two daughters. Beverly Cleary is one of America's most popular authors and her many successful stories, including the best-selling Beezus and Ramona series, have delighted children all over the world for many years. Beverly Cleary's books have earned her many prestigious awards, including the American Library Association's Laura Ingalls Wilder Award, presented in recognition of her lasting contribution to children's literature. She lives in California and is the mother of grown-up twins. The Beezus and Ramona books are now the subject of a major motion picture starring Selena Gomez and Joey King.