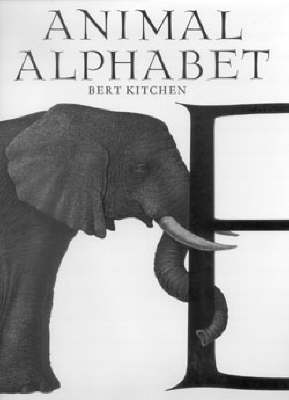 Reviews
Great for age 3-10 years
Bert Kitchen's beautiful and delicate paintings of the twenty-six animals which make up this book are hypnotising and compelling. The book has no words on any of the pages of the alphabet and the reader has the challenge of guessing the names of the animals which can be checked with the words on the last page. Apart from providing children with an enjoyable guessing game, this is a most beautiful book which will be always a pleasure to dip into.

There are 32 pages in this book. This is a picture book. A picture book uses pictures and text to tell the story. The number of words varies from zero ('wordless') to around 1k over 32 pages. Picture books are typically aimed at young readers (age 3-6) but can also be aimed at older children (7+). This book was published 1991 by James Clarke & Co Ltd .

Bert Kitchen is one of the top illustrators of children's books, whose work has been exhibited in many countries. His titles have won him international acclaim: Animal Numbers won the 1988 Bologna Graphics Prize for Children, and was runner-up in the Bologna Critici in Erba prize. This was judged in part by a panel of children, confirming that his books appeal directly to children as well as to adults. He has also illustrated Meredith Hooper's Tom's Rabbit, runner-up in the English 4-11 Awards for the Best Children's Picture Books of 1998.