Reviews
Great for age 3-6 years
It's been several months since the events of The Yellow M, but the evil of Professor Septimus still echoes around London. Important figures of the capital's jet set come together around the questionable values the mad scientist defended. Olrik is forced to resort to opium in order to forget he was guinea pig. As for Mortimer, he too is trying, albeit for more humanist reasons, to revive certain aspects of Septimus's work-to Blake's extreme concern...

Jean Dufaux is a noted author who has created many series throughout his long career. Among them: Murena, Lament of the Lost Moors, and, more recently, Crusade. Sometimes called "Jean the Prolific," at ease with practically every style, his most famous heroine remains Jessica Blandy. Antoine Aubin learnt to read with Tintin and worked for publisher Hachette-Disney for many years, before being chosen by Dargaud to take over from Rene Sterne on Blake and Mortimer. Etienne Shreder is a veteran artist and colourist in his own right who has worked in comics and cinema and collaborated with many renowned artists. 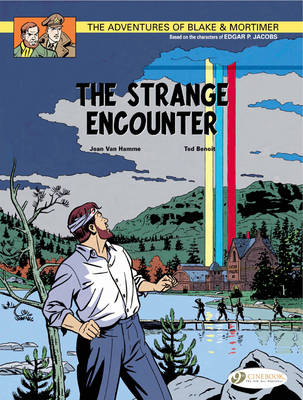