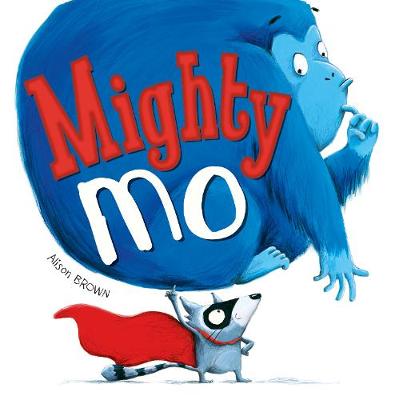 At the Golden Dodo Zoo, Mo the raccoon is bored, bored, bored. There must be something amazing he can do! It certainly isn't making ice-creams or blowing up balloons... But when Big Ron the robber starts causing trouble, it's up to mighty Mo to save the day!

This hilarious story about an unlikely hero will appeal to any child with a sense of adventure. Keep your little superhero entertained with these bright, lively illustrations from the talented Alison Brown (Eddie and Dog) - perfect for fans of Claire Freedman's Superkid.

There are 32 pages in this book. This is a picture book. A picture book uses pictures and text to tell the story. The number of words varies from zero ('wordless') to around 1k over 32 pages. Picture books are typically aimed at young readers (age 3-6) but can also be aimed at older children (7+). This book was published 2014 by Little Tiger Press Group .

Tony Mitton was born in North Africa and has also lived in Germany and Hong Kong. Now settled in Cambridge, England, Tony has written a number of picture books, including the Amazing Machines series (Kingfisher). This is Tony's first book with Bloomsbury. Alison Brown studied Fine Art at Liverpool and then became a graphic designer. She has been illustrating for the past three years. Alison was brought up in Bangor, Northern Ireland but she now lives in Leeds.