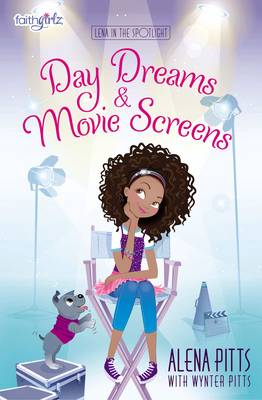 
volume 2, Faithgirlz-Lena in the Spotlight

Eleven-year-old Lena Daniels' summer of Hollywood starlets and movie filming alongside her favorite singer, Mallory Winston, is over. School will be back in full swing, and it seems as though life might just pick up where it left off-with volleyball games, homework, and her best friends.

But just as she begins to wonder if her summer was all just a dream, her world is turned upside down . . . again! The movie Above the Waters premiers, the previews seem to be splattered on every television and radio channel, and everyone knows her name. Her classmates, strangers, and even her friends are starting to treat her differently, and everywhere she turns she's being asked for an autograph, a picture, or a hug.

Lena is just figuring out how to manage her new fame at home when she finds out she's hitting the road on a two-week bus tour to further promote the film. Traveling across the country with Mallory and her band-with the surprise addition of her whole family joining them for a week-Lena experiences adventures and challenges she never expected, while learning to step outside of her comfort zone and follow the path God has for her life. She learns that saying yes to God may not always be easy, but will take her further than she ever imagined!

This Faithgirlz series titled Lena in the Spotlight, written by Alena Pitts, star of The War Room and tween blogger of For Girls Like You, and co-written with her mother, editor and author, Wynter Pitts, is a reflection of Alena's own life experiences as she reaches for the stars and keeps her faith in balance.

This is volume 2 in Faithgirlz-Lena in the Spotlight .

There are 160 pages in this book. This book was published 2017 by Zondervan .

Alena Pitts is a young actress and model from Dallas, Texas. As the oldest of four girls, Alena first cut her teeth in acting through making home videos and dramas with her sisters, using their entire home as their recording studio. She has a natural love for all things creative which falls right in line with her gifts and talents. The Kendrick Brothers' War Room marks Alena's professional acting debut. With only school theater on her young resume, Alena jumped at a chance to audition for the role of Danielle Jordan. In addition to school and acting, Alena models and is a frequent contributor for the magazine For Girls Like You. Wynter Pitts is the founder of For Girls Like You Magazine and the author of For Girls Like You: A Devotional for Tweens and You're God's Girl. The mother of four girls, Wynter's mission is to empower and equip girls to walk boldly into becoming who God has created them to be and to provide parents with the resources and support needed to raise strong Christ followers. In addition to publishing the quarterly magazine, Wynter is a frequent blogger, a contributor for LifeWay's ParentLife Magazine, and a public speaker. She is also the niece of Dr. Tony Evans. Wynter, her husband Jonathan, and four daughters (ages 6-11), reside in Dallas, Texas. Wynter Pitts is the author of several books, including You're God's Girl! She is the founder of For Girls Like You , a bimonthly magazine that equips girls to walk boldly into who God has created them to be and to resource their parents to raise strong Christ-following God girls who say yes to His plans for their lives. Wynter tragically passed from death to life on July 24, 2018, after 15 years of marriage to her beloved Jonathan. She leaves behind an incredible legacy through her many writings but more importantly in her four daughters-Alena, Kaitlyn, Camryn, and Olivia. 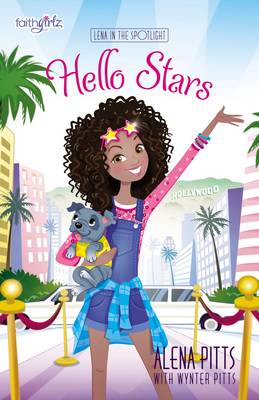 Lena Daniels never thought she'd get the chance star in a movie. Headstrong...More 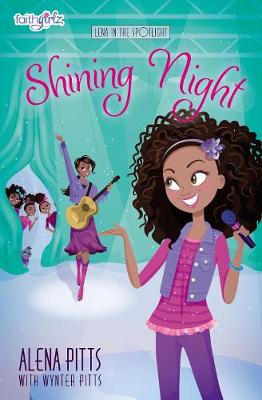 Lena's overnight fame as an actress, after being cast in a lead role in a f...More