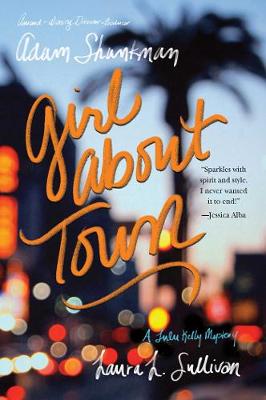 Reviews
Great for age 12-18 years
Not too long ago, Lucille O'Malley was living in a tenement in New York. Now she's Lulu Kelly, Hollywood's newest It Girl. She may be a star, but she worries that her past will catch up with her. Back in New York she witnessed a Mafia murder, and this glamorous new life in Tinseltown is payment for her silence.
Dashing Freddie van der Waals, the only son of a New York tycoon, was a playboy with the world at his feet. But when he discovered how his corrupt father really made the family fortune, Freddie abandoned his billions and became a vagabond. He travels the country in search of redemption and a new identity, but his father will stop at nothing to bring him home.
When fate brings Lulu and Freddie together, sparks fly - and gunshots follow. Suddenly Lulu finds herself framed for attempted murder. Together, she and Freddie set out to clear her name. But can they escape their pasts and finally find the Hollywood ending they long for?

Laura L. Sullivan is a former newspaper editor, biologist, social worker, and deputy sheriff who writes because storytelling is the easiest way to do everything in the world. Her books include Love By the Morning Star , Delusion , and Ladies in Waiting . Laura lives on the Florida coast. Adam Shankman is the director and producer of the exuberant musical remake of Hairspray , the producer of the top-grossing Step Up films, the director of the adaptation of the Nicholas Sparks bestseller A Walk to Remember starring Mandy Moore, and the director of Bringing Down the House starring Steve Martin and Queen Latifah. Adam has also directed episodes of Modern Family and Glee , and he was a popular judge on So You Think You Can Dance .