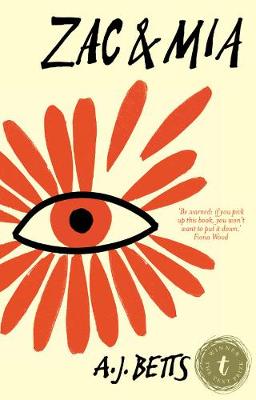 Reviews
Great for age 12-18 years
The last person Zac expects in the room next door is a girl like Mia, angry and feisty with questionable taste in music. In the real world, he wouldn't - couldn't - be friends with her. In hospital different rules apply, and what begins as a knock on the wall leads to a note - then a friendship neither of them sees coming. You need courage to be in hospital; different courage to be back in the real world. In one of these worlds Zac needs Mia. And in the other Mia needs Zac. Or maybe they both need each other, always.

There are 314 pages in this book. This book was published 2014 by Text Publishing .

Inky Award
This book was recognised in the Gold Inky category by the Inky Award.

Text Award
This book was recognised by the Text Award.