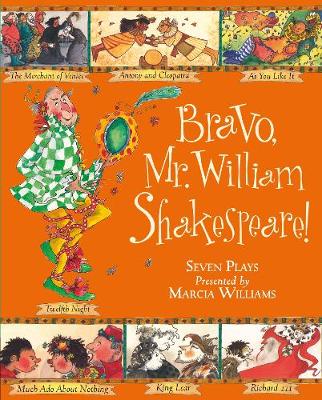 Seven classic Shakespeare plays presented in an accessible comic strip format. The Globe Theatre is delighted to announce a new season of Mr. William Shakespeare's plays! Prithee take your place once more for a performance of seven of the Bard's finest tales. See As You Like It, Antony and Cleopatra, Richard III, Twelfth Night, King Lear, The Merchant of Venice and Much Ado About Nothing - each brilliantly presented in dramatic comic-strip form, including Mr Shakespeare's own dialogue and the riotous remarks of the audience. Bravo!

Shakespeare
William Shakespeare was an English poet, playwright and actor. He wrote plays, sonnets and verse and is regarded as one of the greatest writers in the English Language. Son of a glove maker, he was born here in 1564 in Stratford Upon Avon and was educated at King Edward VI school. Many of Shakespeare's plays were performed at the Globe Theatre in London which has ben recreated - see here. Shakespeare died in 1616 and is buried in Holy Trinity Church in the town of his birth.

...marvellously concise and bright * . School Librarian *
Another batch of the bard's work presented in Williams's inimical comic strip fashion, embellished with the usual marginal, caustic asides from the audience. Immensely satisfying. * Achuka *
...these editions in Williams' comic strip style are perfect for introducing young children to the plays while sharing the excitement of live performance. * Books for Keeps * 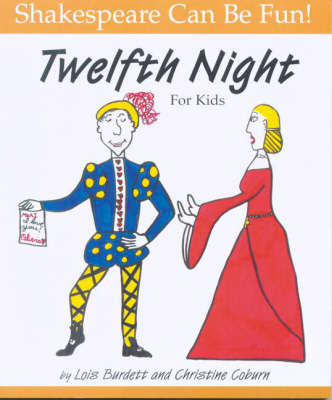 "Who is William Shakespeare?" For more than 20 years, Lois Burdett has ask...More