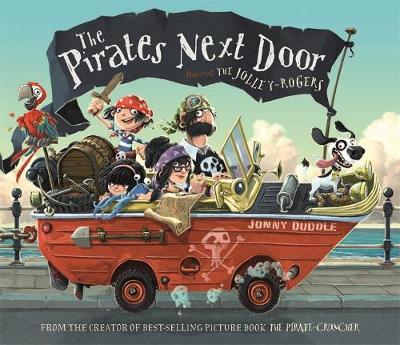 The pirates next door

The Jolley-Rogers - a pirate family, are moving to Dull-on-Sea, a quiet seaside town. Stopping to fix up their ship, this unusual family get the whole neighbourhood spreading rumours. Defying the grown-ups, Matilda from next door decides to become friends with the youngest pirate son. When the Jolley-Rogers leave, the town discovers they were wrong to assume the worst - the pirate clan have buried treasure in everyone's gardens (shown in a stunning double-gatefold). Matilda feels sad until she discovers her own treasure - an incredibly exciting new pen friend.

Specsavers Children's Book of the Year

Other collections by Jonny Duddle

Follow&nbsp;the Jolly Rogers family on their adventures in these swashbuckl...More