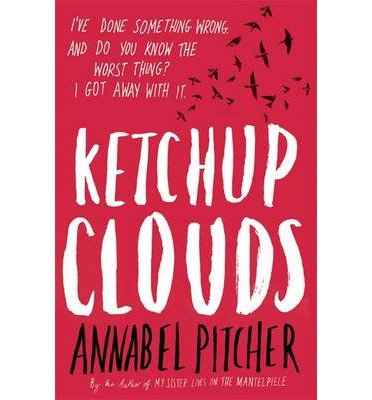 Winner of the Waterstone's Children's Book Prize 2013, KETCHUP CLOUDS tells the story of one teenage girl with a very big secret.

Fifteen-year-old Zoe has a secret - a dark and terrible secret that she can't confess to anyone she knows. But then one day she hears of a criminal, Stuart Harris, locked up on death row in Texas. Like Zoe, Stuart is no stranger to secrets. Or lies. Or murder.

Full of both heartache and humour, Zoe tells her story in the only way she can - in letters to the man in prison in America. Armed with a pen, Zoe takes a deep breath, eats a jam sandwich, and begins her tale of love and betrayal.